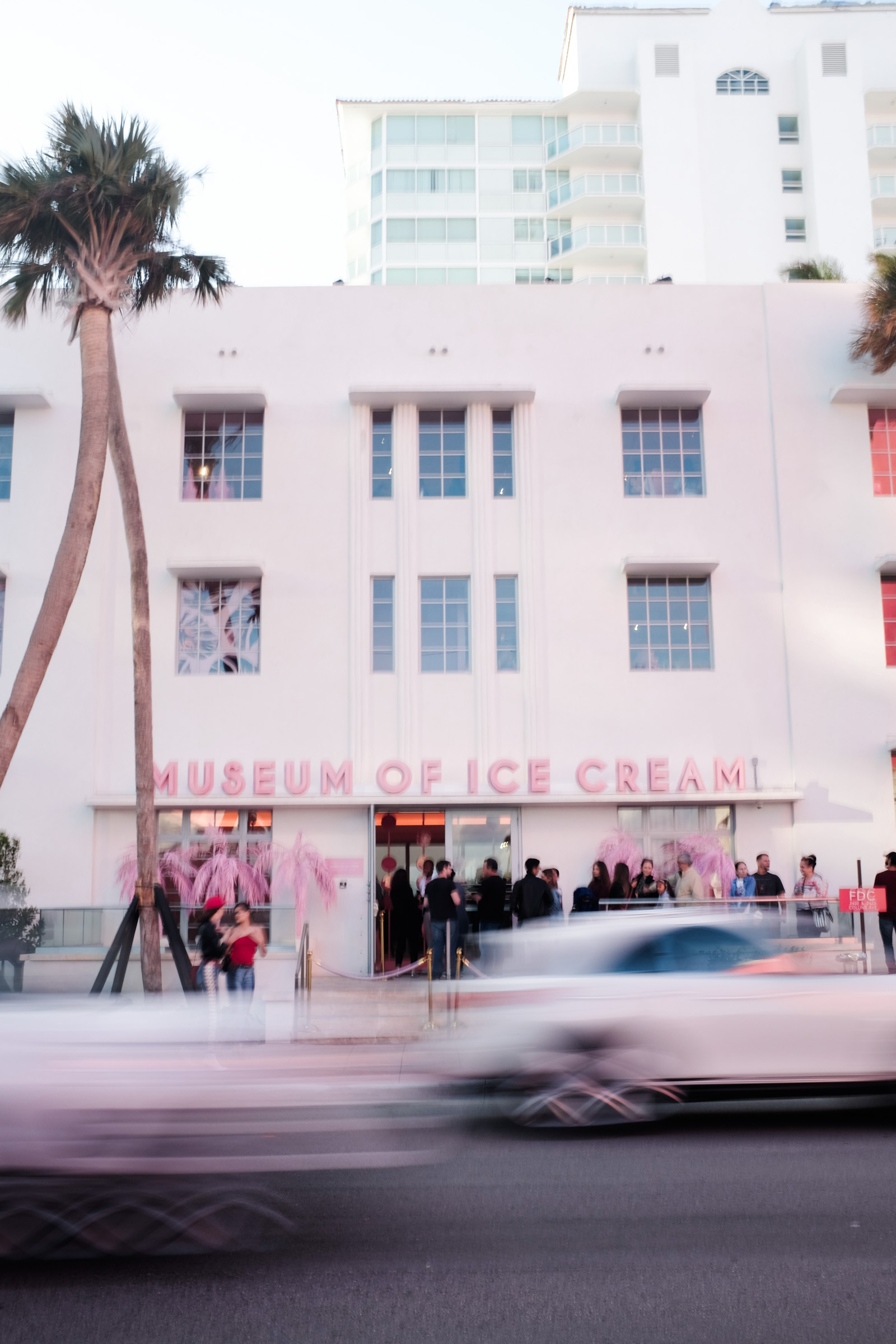 I’m sure this post needs no introduction. By now you have heard of The Museum of Ice Cream that is taking the States by storm. It’s a candy colored tribute to everyone’s favorite dessert (wait, what do you mean, it’s not everyone’s favorite?), and has turned into a Instagram sensation. Basically, it is so up my speed that it made me come out of hiding ( – not really?).

The hubs packed up his favorite camera, and we went on a very quick date night to visit the “museum” (it’s really an art exhibit) and then head right back home. I have to give him a huge high five for these shots. He nailed each and every one, and we still managed to have a blast together despite some long lines, obnoxious Instagrammers and “the rush” we now feel as parents to get back home. 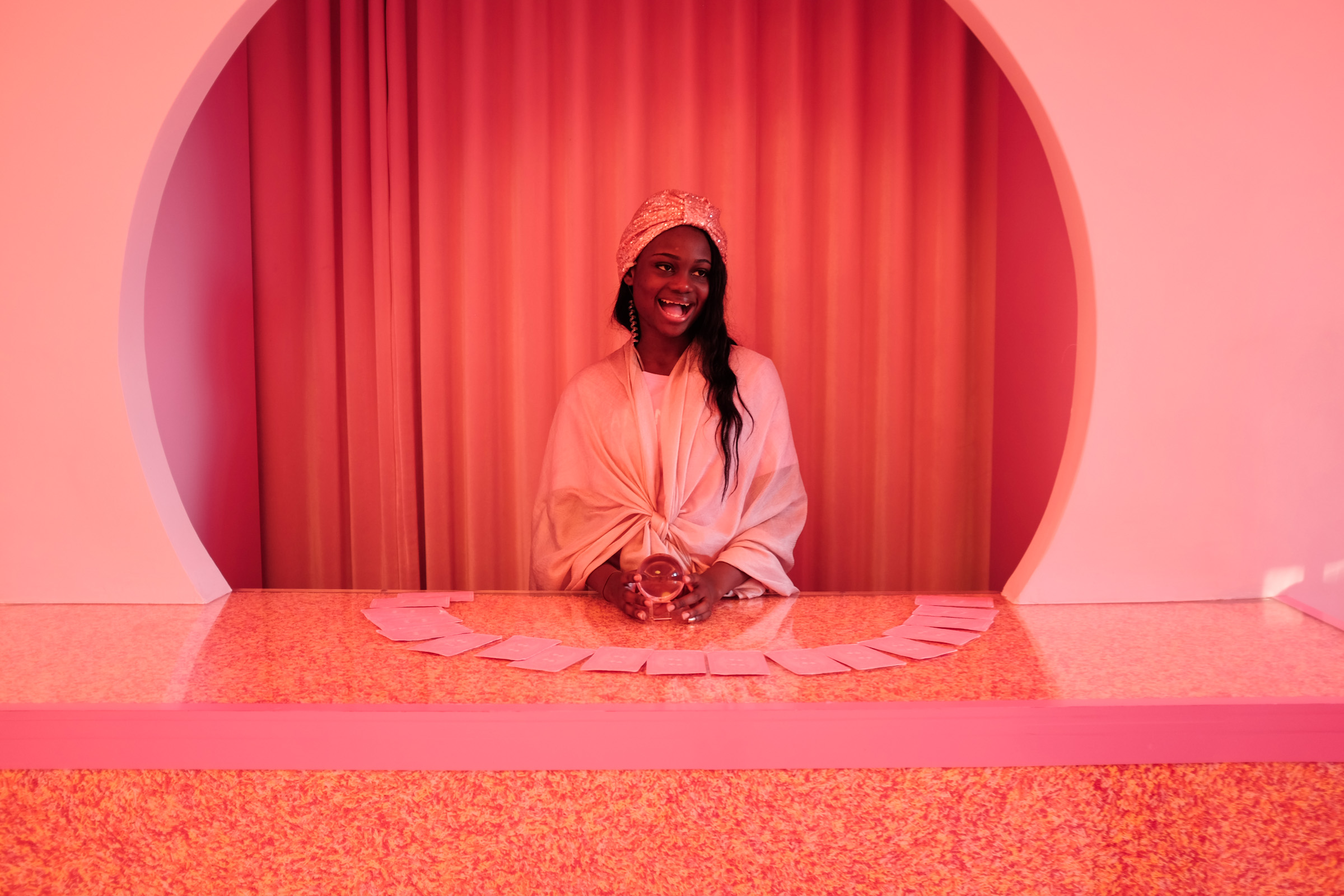 The experience started off by getting your “ice cream fortune” read by this lovely little lady, and then you were on your way to 4 floors of different pastel colored rooms – each perfectly styled to make your Instagram shots look flawless. You also occasionally got some ice cream – none of which I could enjoy because – surprise! – I’m allergic to vanilla and that ish is in everything. No joke. But lets face it. No one was there for the actual ice cream.

I was pretty in love with my outfit for the event. I shopped on Nasty Gal for the first time during a killer after Christmas sale (still happening omg), and I am so freaking obsessed with their clothes and quality now. Consider me a loyal customer for life. I wanted to wear something that was fun, but that at the same time wouldn’t take away from the colorful backdrops. I think I did a pretty good job.

END_OF_DOCUMENT_TOKEN_TO_BE_REPLACED 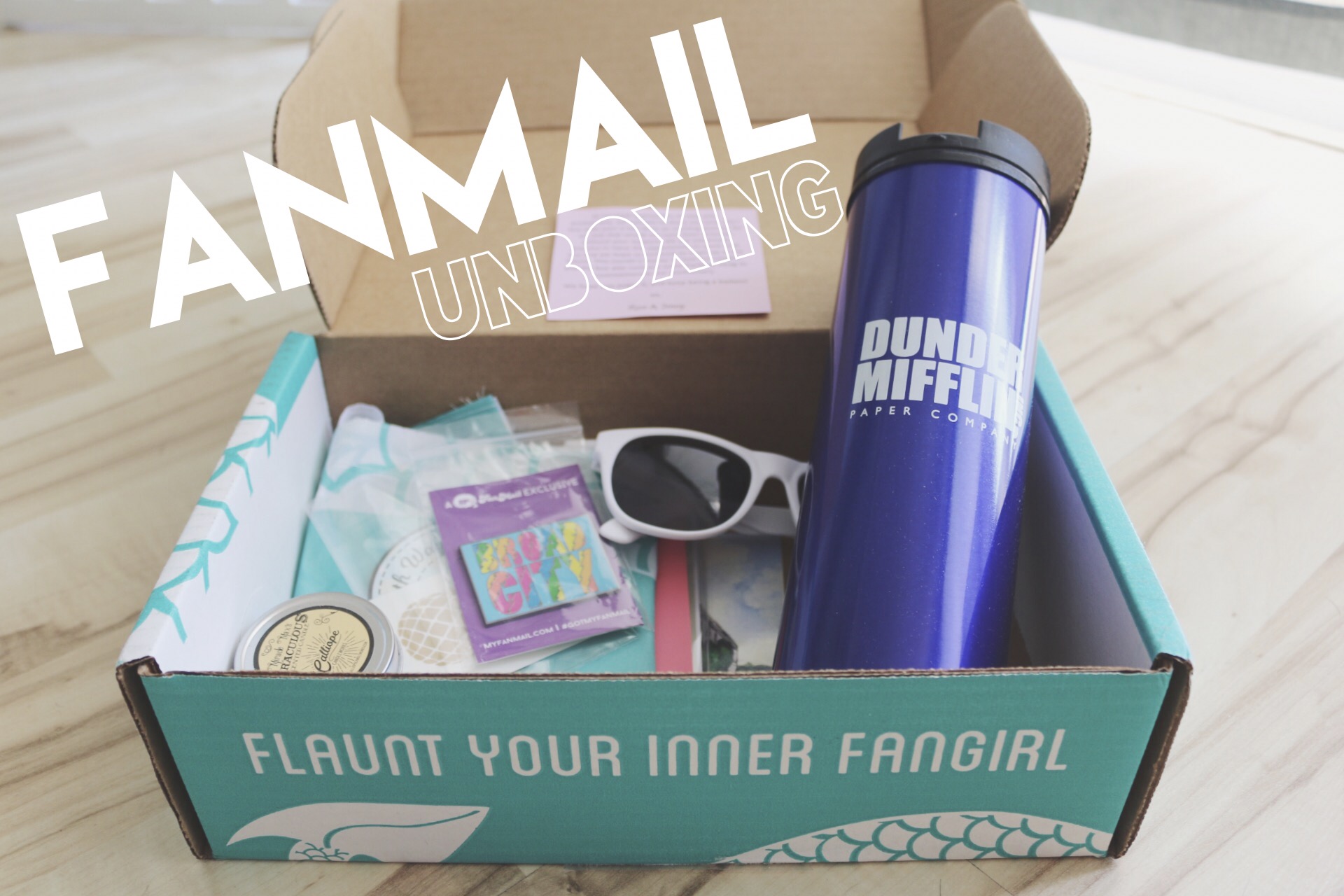 Not sure if I have ever mentioned it on this blog, but I am pretty hard to impress when it comes to the comedy front. I tend to start comedies and grow tired of their humor within a season or two. That’s why when I really like a comedy – I reaaaallllly like it. I was so happy to see that a lot of those favorites were included in June’s FanMailBox, Just For Laughs. 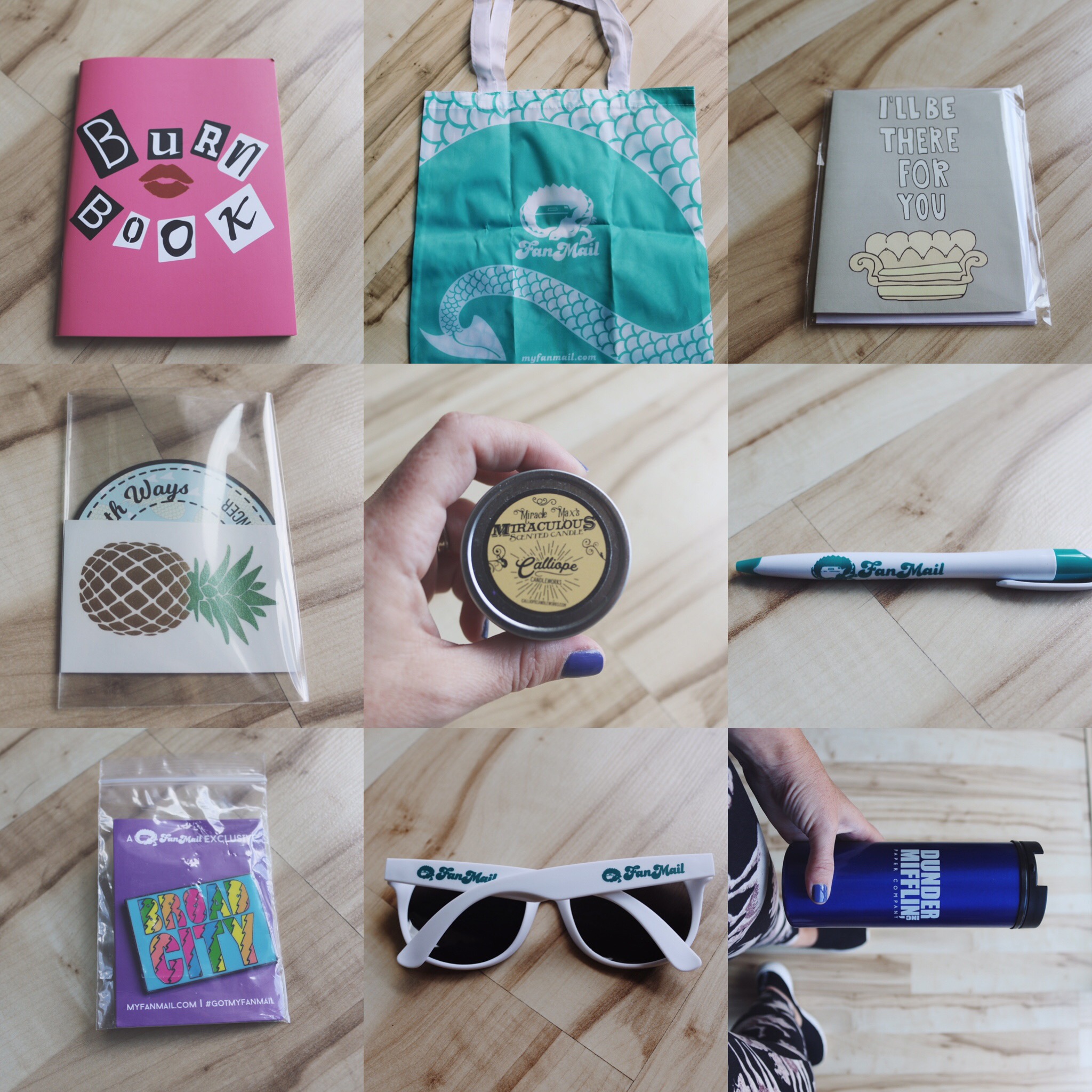 The box was also celebrating the company’s 2nd anniversary, so there were a lot of goodies, like sunglasses, a pen, button, pin + tote bag emblazoned with the FanMail logo. Alongside the birthday surprises were a Dunder Mifflin travel mug, Broad City enamel pin, Friends greeting card set, Mean Girls’ Burn Book notebook, Psych “celebration kit,” a Princess Bride inspired candle, and a Pawnee Goddess tee (not pictured because I wore that ish the second I had a chance).

Overall it was such a fun box, and if you get a chance, definitely swing by their booth (4539) at Comic Con this weekend! There will be some great exclusives to snag!

This is it, geek babes.
I’ll be on my way to SDCC tomorrow so I hope I’ll get to meet a lot of you in person! Don’t forget I’ll be on a panel on Friday at 1pm with some pretty amazing designers and bloggers talking geek fashion. I’ll be sipping on cocktails, shopping, cosplaying and generally fangirling the EFF OUT for the rest of the weekend. Follow along with the wild rumpus on my Instagram!

I had a great time unboxing the April Fanmail subscription! Check it out with me and make sure to subscribe to my channel, The Fangirl Diaries, if you like what you see! As usual, huge thanks to the ladies of Fanmail for always trusting me to share their goods with the geeky universe. 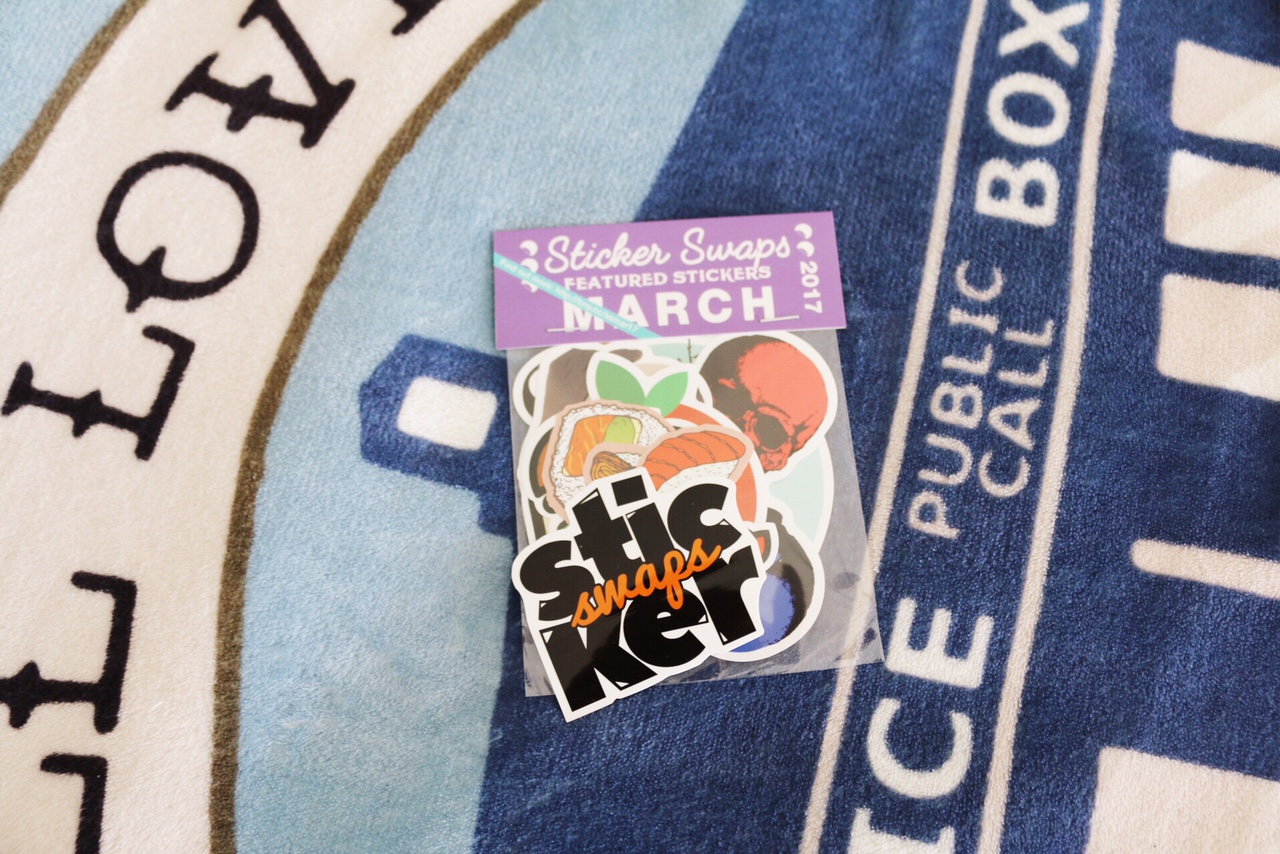 I am no stranger to sticker subscriptions and agenda madness. You see, if I didn’t have an agenda, I wouldn’t remember anything and would basically be lost in this world. And agendas aren’t agendas without sticker flair, amirite? That’s why I was so stoked to check out Sticker Swap. You get new stickers every month, and they feature such a wide variety made by independent artists that they are sure to cater to everyone’s interests. 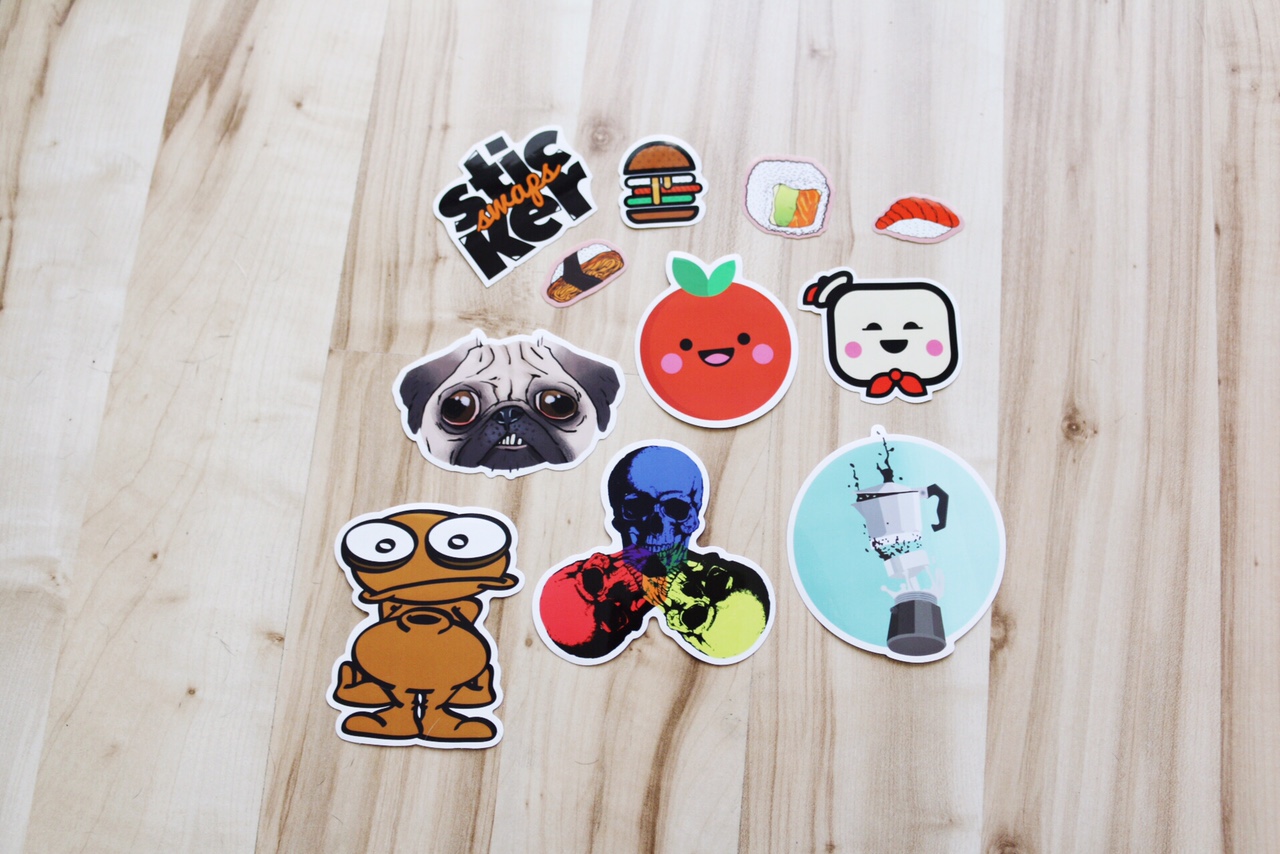 I mean, what were the chances that I would get a cafetera in my bundle? For those of you not in the know, this little contraption on the bottom right of the photo above is what makes the wondrous black fuel that most Miami mamas live off of: Cuban coffee (i.e., “cafecito”). I need to find the perfect spot for this sticker because it is literally too good to be true.

END_OF_DOCUMENT_TOKEN_TO_BE_REPLACED

Can you believe I haven’t uploaded a video in TWO months? Life has been crazy, hectic, beautiful and overwhelming. You know…mom life. Working mom life. But I found some time to unbox the most incredible FanMail Box for March and I’m pretty sure you are going to love it as much as I did.
If you want $2 off your own, use code MEL2OFF!
« Previous Page
Next Page »