Thanks for the killer new logo, Darling Stewie!

So I skipped last week’s Fandom Friday because the prompt didn’t really fit me or my interests, but I’m back in the saddle again to tackle some of my favorite fictional fathers (just in time for Father’s Day in a couple of weeks).

1. Sirius Black; OK, so he wasn’t Harry’s father, but he was as close to a father figure as the boy was going to get. Sirius was tough with Harry when he had to be, but was his number one fan and supporter. What else could you want in a father figure? The feels were rather strong when he was abruptly taken away from Harry, but he remains one of my most favorite characters in the series…siriusly. 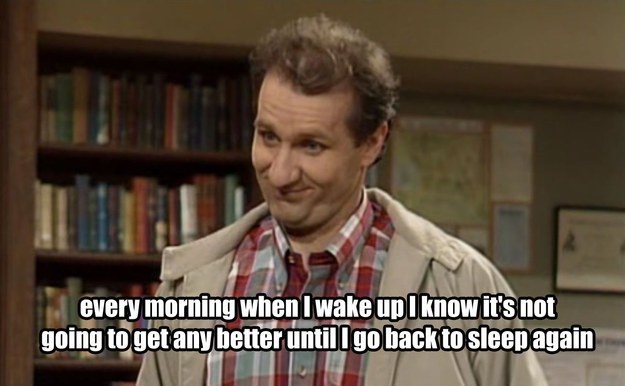 2. Al Bundy; Beyond the rough and cynical exterior of one of my favorite TV dads is a pile of lovable goo. Sure, you may have been more inclined to watch Full House or Who’s the Boss as a child (I watched those too), but I was totally obsessed with Married…With Children as a kid. I guess that kind of describes my sense of humor and general sense of being (however terrible that may paint me lol), but more importantly, it started my love with the flawed character. Despite all his hateful comments and regretful moments, Al would do anything for his family and was very sentimental. I see right through you, buddy. 😉

3. Ned Stark; Devoted dad that always served his kids a piece of reality pie. What made him such an amazing father is also what got him killed: pride. There was no shortage of life lessons while Ned Stark was around and by all accounts was a stand up dude that loved his wife and children (and bastard) more than anything in the world. I sobbed like a baby when he was killed in the show (I was not at that part yet in the books, and was inconsolable).

4. Marshall Erikson; Everyone always compared my husband and I to Marshall and Lily on How I Met Your Mother. When we finally started watching the show, we found it very sweet (& kind of uncanny). I loved how goofy Marshall was, but at the end of the day, he put his wife and baby first. And to me, that’s what is most important. Everything else can fall apart but my family will always be number one. Plus, he had eternal patience with his sometimes difficult and spontaneous wife (sorry, babe).

5. Phil Dunphy; Although Modern Family no longer holds my attention, I still have some serious love for Phil Dunphy. I don’t know if it was his horrible Dad jokes, his total geek references or his lovableness, but I just found myself so enamored by him. I’m sure I would be mortified by him if I was a teenage girl again, but I’d probably turn the corner and smile real big.