I’m going to forgo my typical list format today, because nothing is more magical (to me) than a Bush show. And that’s how I spent my Cinco de Mayo, so you get an entire post about it! I know you’re excited. If you are not, feel free to mosey along. 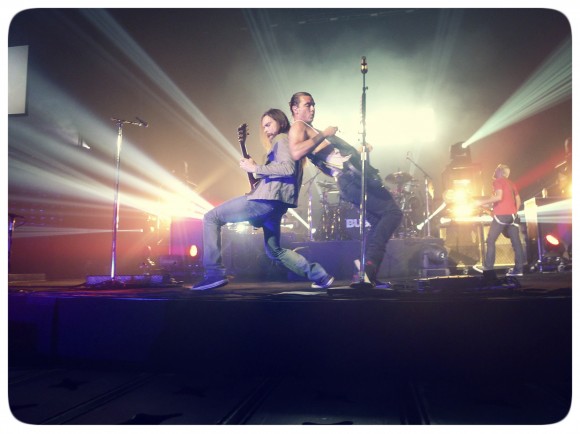 The band was playing with Nickelback (and I know what you are all saying/thinking/groaning about), but I understand that it is a great way for them to get the exposure they want and need. I bought the tickets without hesitation even though Nickelback and the other bands on the bill (My Darkest Days and Seether) are not my usual cup of tea because I had to support my boys. And that we did! I went with my usual concert buddy, Bonnie, and her friend and managed to meet up with some Busy Army members. Yes, we are like a little family and I love it. 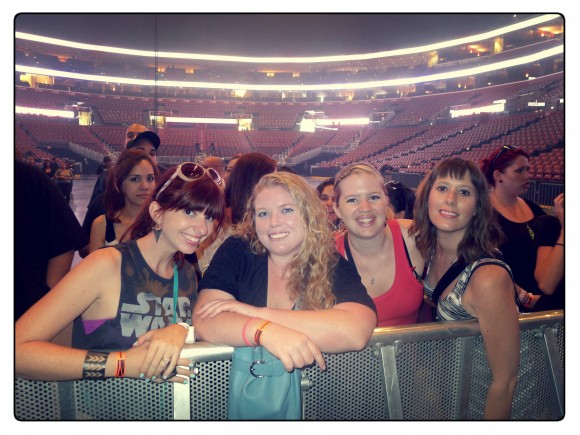 There were  a few little hiccups leading up to the main event, mainly me being hungover and ripping the backside of my jeans (yes, really). But after a trip to the mall and several jugs of water, all was resolved. We managed to get front and center right behind the barricade, which considering all the people there, was incredible. It made the whole experience that much more…well, magical. 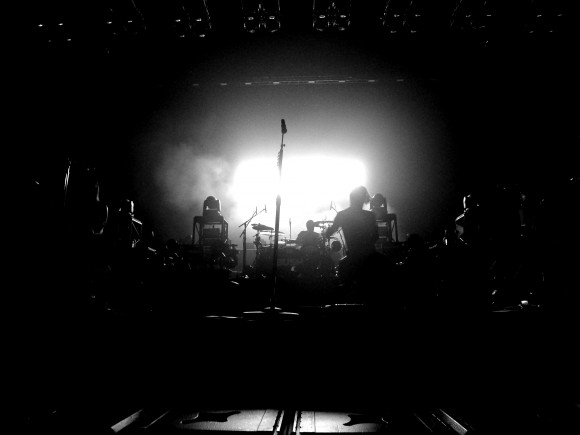 Immediately, Gavin spotted me in the crowd (I made sure to tweet him before the show started with where I was standing) and gave me a huge smile and then I was able to catch Chris’ attention and he pretended to faint (long running joke on Twitter with him ever since I missed one show). The show was its usual powerful self, but what made it extra special was that I could feel the tide changing in the crowd. They went from being stoic and cold to getting completely absorbed in the performance. It was great to see people discover a new band, my band!

During All My Life, Gavin decided to apparently make my life by pointing at me as he sang the line “...and I lose myself in you.” As embarrassing as it is to admit (I’m a grown woman for goodness sakes), I’m pretty sure the entire arena cut out for those couple of seconds and I was floating. True story. They played a good mix of old and new, with Heart of the Matter being my absolute favorite, followed by their amazing cover of The Beatles’ Come Together where Gavin traveled all around the arena (literally) spreading the love as only he can. Speaking of spreading love, there was a moment where Gavin put his guitar on the floor and then preceded to dry hump it, but I’ll keep my thoughts to myself on that one. 😉 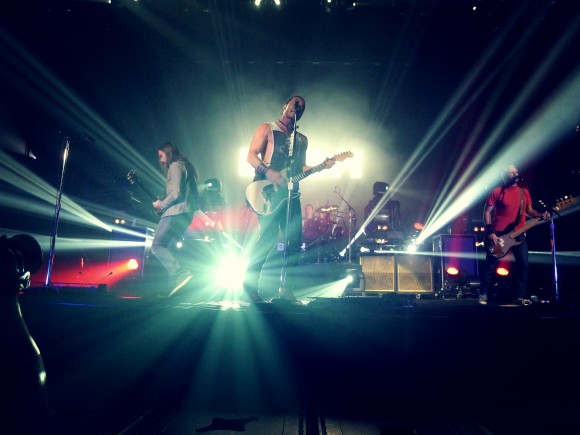 After the set ended, I went ahead and left the arena – I’m sure making one Nickelback fan’s day. I met up with the lovely Laura & Gina and we figured we would try to see if we could meet up with the band. This is usually pretty easy to do at smaller venues, but it being in an arena setting made it a little more difficult. After chatting up the guitarist from My Darkest Days about Boston Terriers (no joke), we continued our way to the buses. We were stopped by security before Chris seemingly popped up from the bushes (ha) and told the guard to settle down and let us in. Little did we know letting us in, meant letting us into the tour bus! 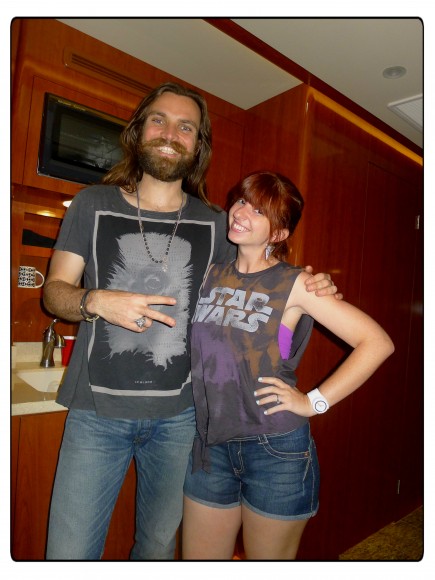 As always, Chris was a complete sweetheart and we chatted for a bit about the band and their future plans. He always makes us feel so welcome and part of their world, which I can honestly say, not a lot of other bands do. I know I’ve said it countless times here on the blog, but it’s refreshing to interact with a band that is so humble and down to Earth. We left happy and hydrated (thanks for the water, Chris!), only to finish our night by handing out flyers for the band as the crowd let out from the arena.

Another night with Bush to add to my very own sea of memories. I’m pretty sure it only gets better every time, and that’s why I’m currently planning a trip to Myrtle Beach, SC with some of the Bush Army for another go! I just can’t get enough of that warm & fuzzy after-show afterglow.