First off, I missed you all terribly. I realized that my heart literally hurts when I am not blogging – it is such a sweet stress reliever (and so much fun). Unfortunately, as most of you know by now that are involved in my day-to-day, I am back on the study train. My second certification exam is at the end of September, and it must be passed. But no fear! I still intend to blog regularly – you just may see gaps here and there. I am hoping I can reward myself on the weekends by making a post or two in between studying sessions.

With that said, it has been awhile since I have properly updated you all on fun events in my life (that do not revolve around an outfit post) – although I was wearing a pretty superb one to this one . It seems pretty tedious to have to reiterate my love of the band, Bush, on this blog, so if you are not aware of the love affair you can fill yourself in here, here and even here. 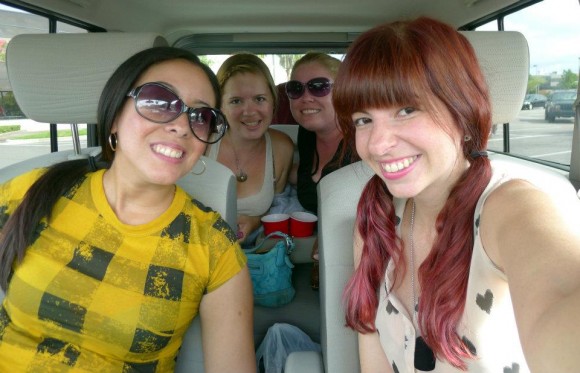 Nearly a couple of weeks ago, I went on yet another Bushtastic adventure with some of my girlfriends to Tampa. I saw it as a birthday extension (I can never have too many of those), and a much needed escape from reality. I had found out a few days earlier that Bush would be playing a Shush show the afternoon of their official show, which is a short, bare and acoustic set, usually reserved for radio appearances and the like. Needless to say, after seeing so many other fans’ footage from these events, I wanted in and the only way in, was unfortunately to win. Well, boo hiss to that. A quick fast forward, and the lovely guitarist from the band (and superior human), Chris Traynor, caught wind that I wanted to go and granted me and my friends access. I was in disbelief. Who the hell does that for their fans? Oh yeah, this band. 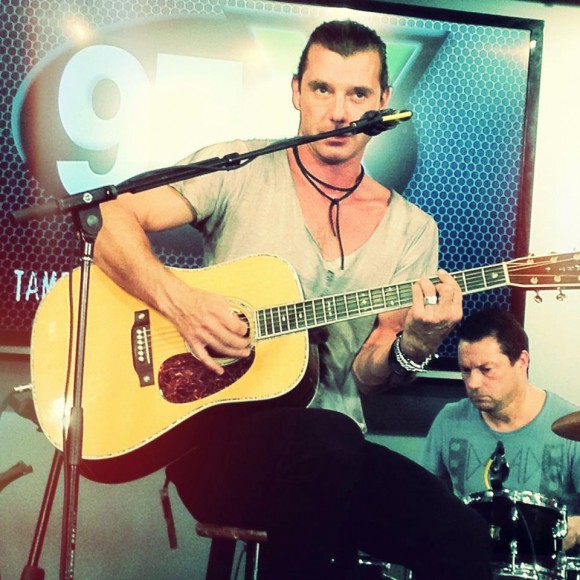 It was ridiculous. It is one thing to see Bush live and rocking out, and quite another to see them so stripped down and vulnerable. I don’t know if it was the several Solo cups full of wine I ingested (don’t judge me) or just pure emotion, but my eyes welled up pretty bad during their cover of Landslide (specifically after the line, “…& I’m getting older too“). But what I didn’t expect the most was the meet & greet being held afterwards! It was fantastic to be able to chat a little with my boys and get our photo taken as a group (FIRST!) before the madness of the night show. It was also nice to get so much birthday love – got quite an epic hug and kiss combo from Gavin, which basically translated to me looking like a small child being smothered in the photo. 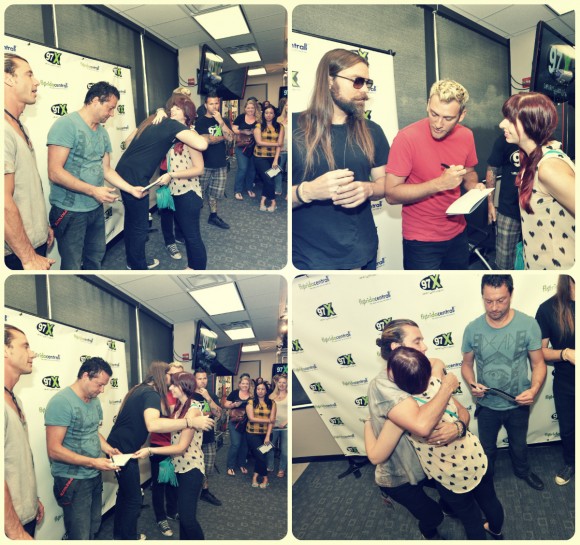 After a short drive to Tampa, a check-in into our apparently haunted hotel and a quick bite to eat at a local spot (NOT gluten free friendly as advertised online…::grumbles::), we were off to the show! Despite a disastrous disaster with the venue that I will not go into, delaying our entrance and consequentially, the show itself, it was wonderful! And that was an understatement. I know I have been to a lot of Bush shows in my time, but this one took the cake by far. The energy was just at an all-time high and even though I had only 2 hours of sleep and was basically running on Cape Cod chips, mixed nuts and wine, I felt so alive and pumped and energized. Basically, the way you are supposed to feel at a rock concert. I sang, screamed and sweat my little heart out for almost 2 hours and it felt cathartic and wonderful. I liken it to people’s adrenaline rushes with getting tattoos and extreme sports – live music is my drug.

And after all that, Gavin was sweet enough to sign more autographs, take more pictures and appease what seemed to be the entire audience by his tour bus. All with a big smile on his face. I haven’t been touring the US nonstop and I could barely function at that point. I’ve said it once and I’ll say it again. This band makes it very hard for any other to top. They are so good to their fans and are just genuinely salt of the earth kind of people. They don’t have to do any of this. Lord knows a lot of my other favorite bands do not. This is all them and it does not go unappreciated.

So thanks for making my birthday that much more special, boys.
Till the next time (which better be soon)!

ps; was anyone else as ENRAGED as I was at the Closing Ceremonies last night? NBC cut out Muse’s performance of Survival, which was just the official theme of the 2012 Olympics. No big deal. Let’s not even go into the fact that they chose to air boy band, One Direction, over THIS. Yeah, ok.