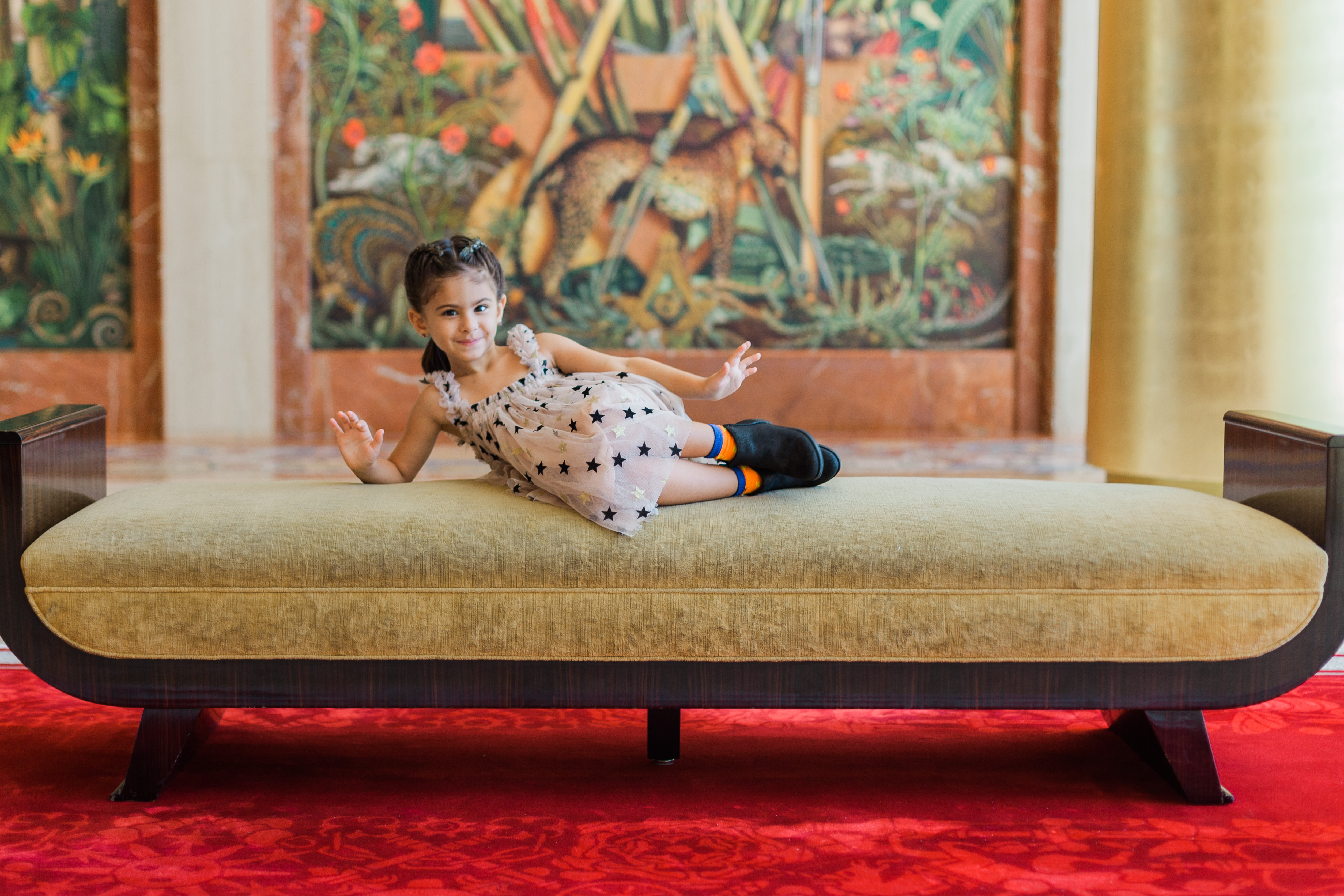 I just cannot believe that I am drafting up another birthday post for Luna. That cheesy saying of the days are long, but the years are short? Yeah, it’s been around so long because it is facts. I don’t want to blink for fear of missing these amazing little moments. I think it’s the reason that I’ve stuck with the 1 second a day app this year – I want to remember all those little, seemingly mundane, moments that aren’t mundane at all.

But back to the birthday girl. Luna, you are pure magic wrapped in glitter + sunshine. You make everyone you encounter smile with your big personality and charm. You hate wearing pants, and would prefer to live your life in the most puffiest and glittery skirts and dresses possible. Every moment of every day is a special occasion for you, and I love that you inherited my lust for living. You wake up, and instantly ask what we are doing – the same exact way your mother woke up every single day before having you. You are fierce and tenacious: if you want something, it will be yours. You will achieve it, and all while having fun.

END_OF_DOCUMENT_TOKEN_TO_BE_REPLACED 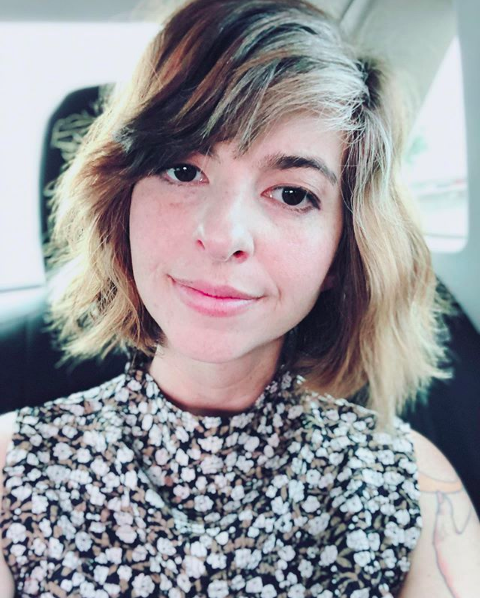 Lets be real. Even though I play my “highlight reel” on all social medias just like every other blogger, or person honestly, on the Internets, I have my bad days. I have been honest about my therapy journey this year, and how I’ve been working on me. Sometimes people think “working on yourself” looks pretty 24/7, but it’s not. A lot of it is ugly stuff, and a lot of it will cause fractions in your day to day as you attempt to find the balance and equilibrium to a better you and, in turn, a better life.

Although at times this journey has felt very isolating, I feel a new me brewing. I like to think that it’s perfect timing with 40 looming so close. I am learning new skills at this age, and it’s kind of refreshing – do you know the power of boundaries??? Because I apparently didn’t, and it’s been revolutionary for my anxiety and stress levels. But I digress…even with the help of a therapist (ps; I’ve been using TalkSpace), I still can always use an extra nudge in the right directions on certain days. That’s why I wanted to share some really inspirational Instagram accounts that I have found recently that have really spoken to me on a very deep level. I’ve found them to be just as healing as a therapy session at times, and I wanted to possibly help you all if you too are going “through it,” as the kids say.

I’m a firm believer that social media can be powerful and used for good. And I love that these accounts are doing just that.

Wow is this account RAW. I can’t even remember how I stumbled on it, maybe it was on my explore page (which if you haven’t really used, you should. I’ve found some stellar stuff), but when I did, I couldn’t stop saving nearly every post. It was almost like someone was reading every single thought that I have kept in my heart + soul, too afraid to unleash onto the world. If you are anxious and sensitive, this is the place for you where you can feel understood for feeling all the feels.

END_OF_DOCUMENT_TOKEN_TO_BE_REPLACED 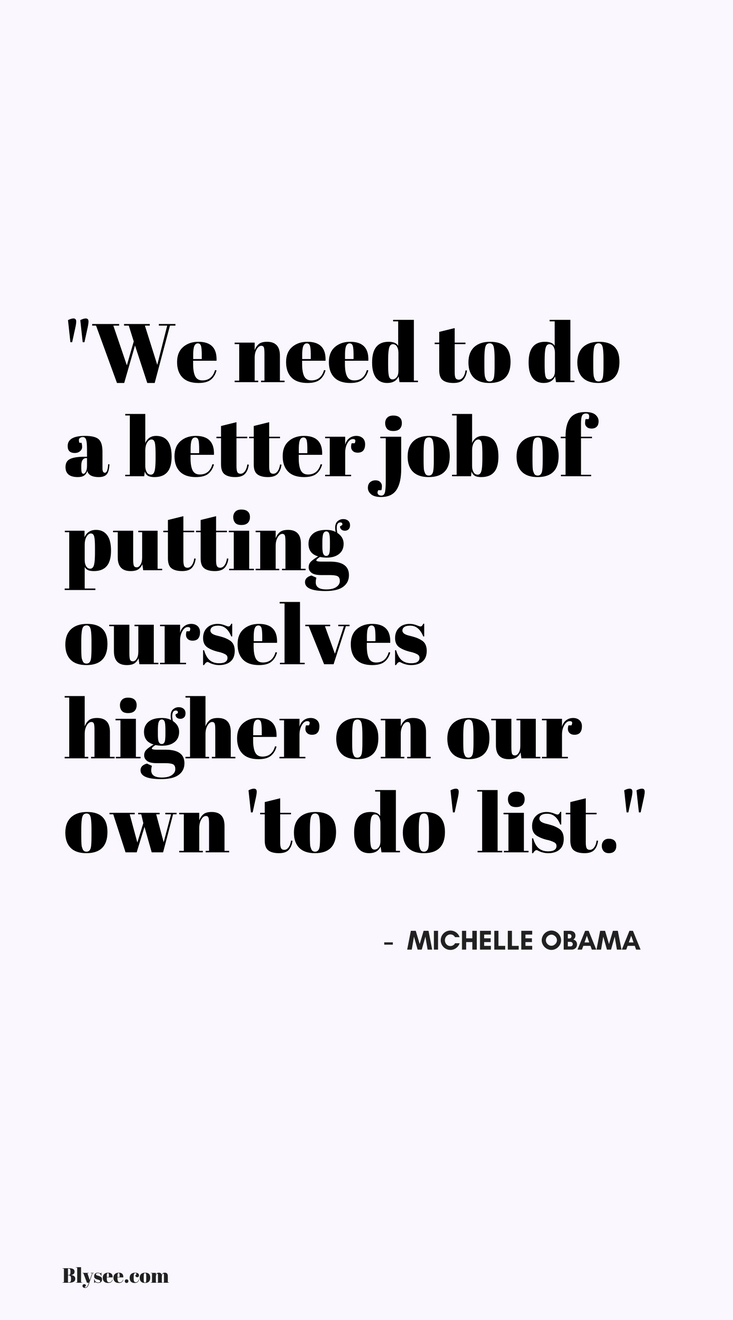 I don’t usually blur the line between my hobby (blogging) and my career (behavior analysis), but I feel like this particular topic can benefit us all in this crazy culture that we are living in. For those of you that don’t know, I have another instagram (@behaviormagictherapy) where I share ABA tips + tricks, and I posed the question of sharing my thoughts on work/life balance and everyone replied with a resounding yes. So here I am.

My field (amongst others I’m sure) is renown for blurring boundaries and having severe burn out within the community. Working so closely with families day in and day out can cause you to always be “on,” and I was able to manage this pressure with relative ease for years…until I started a family. The second I became a mom and came back after maternity leave, I felt an insane amount of stress and anxiety with the task of balancing my child, my husband, my hobbies AND still being a kick ass analyst. And yes, although at times I feel bogged down and let my negative thoughts consume me, I know I am still good at my job. But that is because, although I learned to say no to others some time ago, I am just recently learning to say no to myself. And that by saying no to my overachieving, over anxious mind, I can still manage to do a good job without negatively effecting myself and other (honestly more important) areas of my life.

END_OF_DOCUMENT_TOKEN_TO_BE_REPLACED 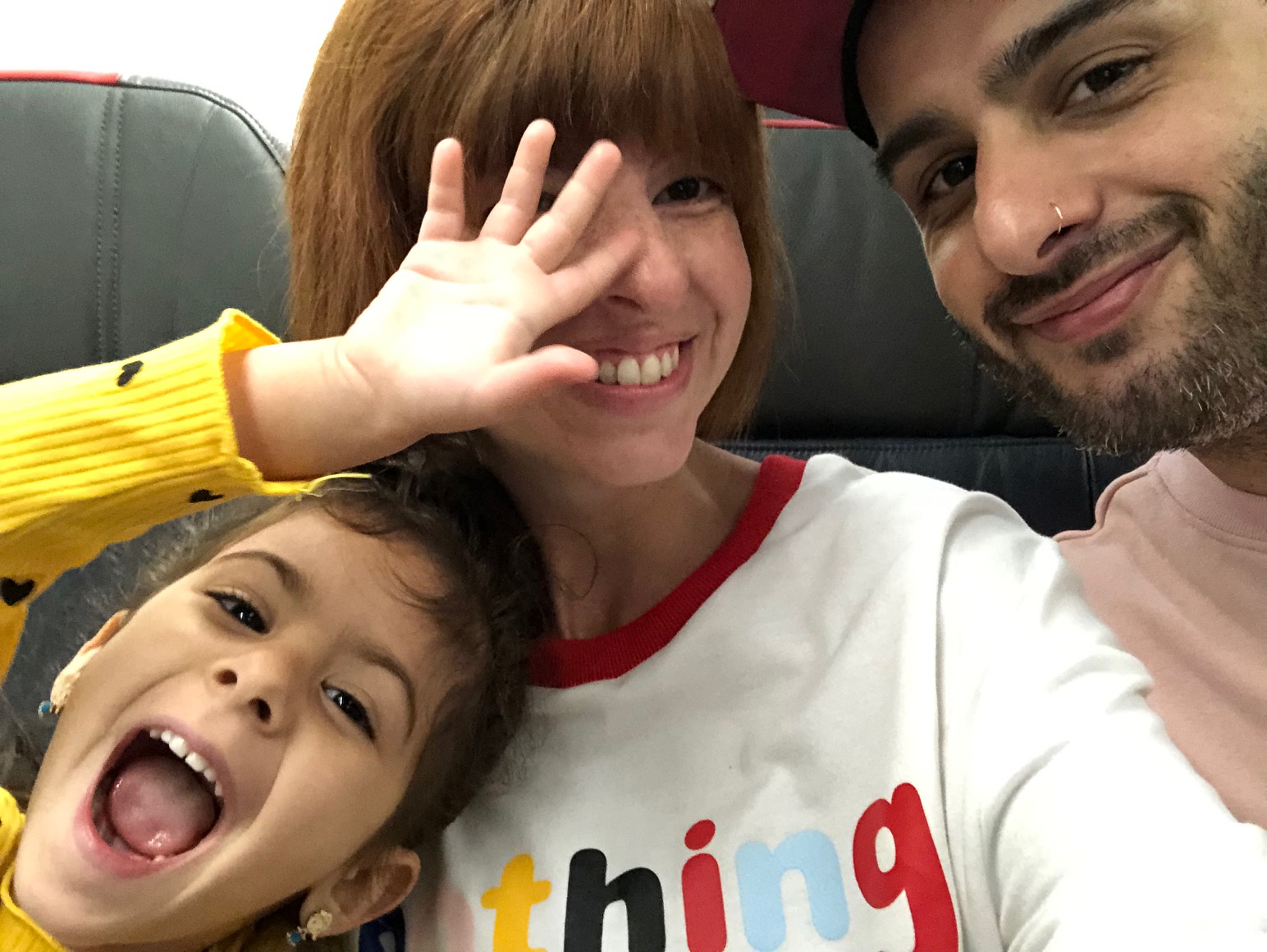 Travel. Something we as a duo have always loved. It almost defined us for awhile, always looking for an adventure whether near or far. It personally gives me life to go to new places and have new experiences. To see how other people live. To breathe in a new culture. It was always a romantic notion that I would be able to do this with my little one in tow, and the time had finally come. We had decided to put on the training wheels and take her somewhere that wasn’t too far, that we had traveled to a few times already and that was kid friendly. We ultimately decided on Chicago. 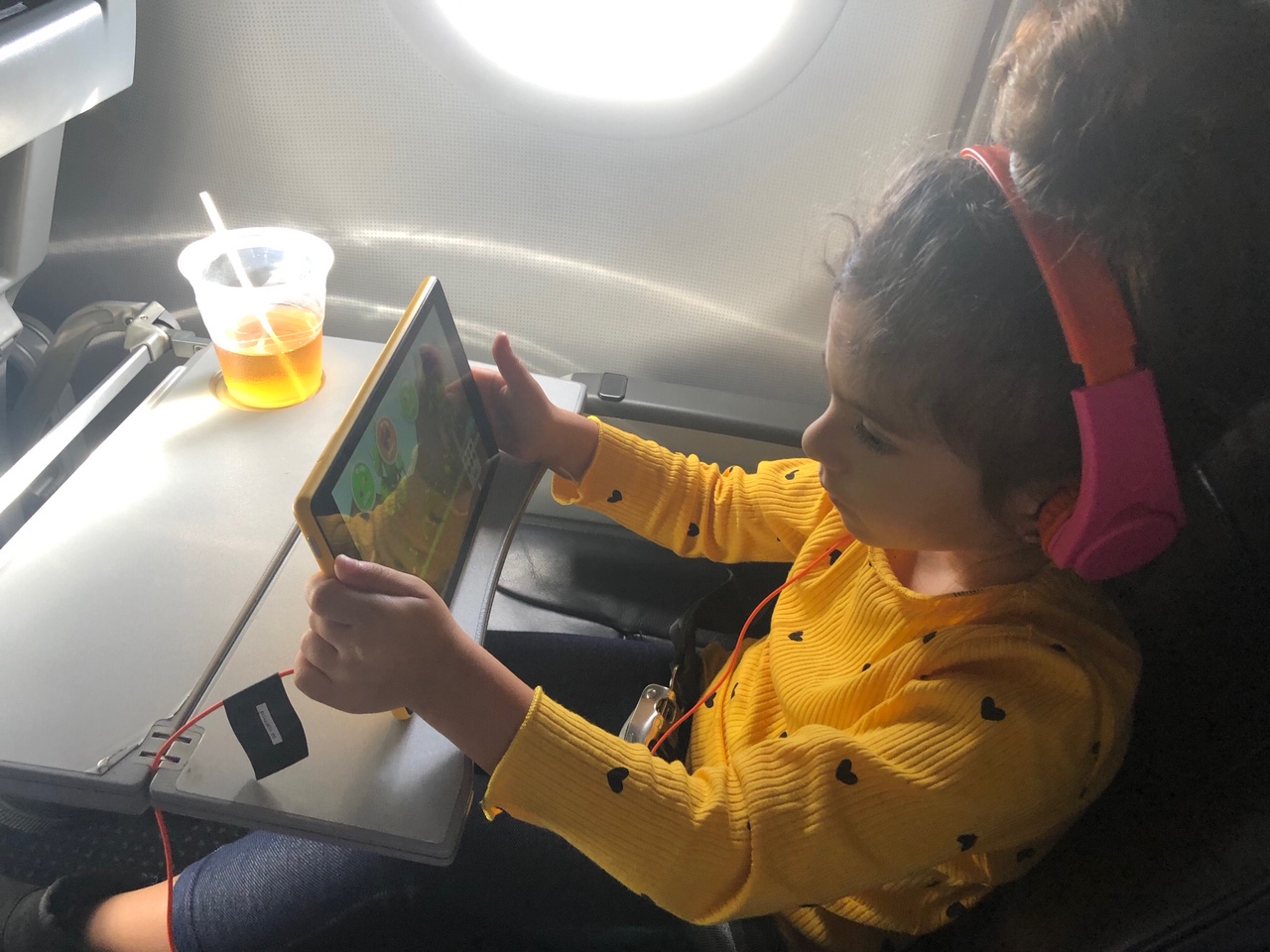 Luna shocked us with her stellar behavior on the plane. I packed her a small backpack with some new toys and activity books (all from the Dollar Store), along with her tablet loaded with her favorite movies and some headphones. I also brought some lollipops to help with the change in pressure during take off and landing. Even with connecting flights, turbulence and no service or bathroom access, she didn’t complain once. We had prepared her a couple of weeks before with these awesome books that I found on Amazon. She knew what to expect, and I think that eased her anxiety. 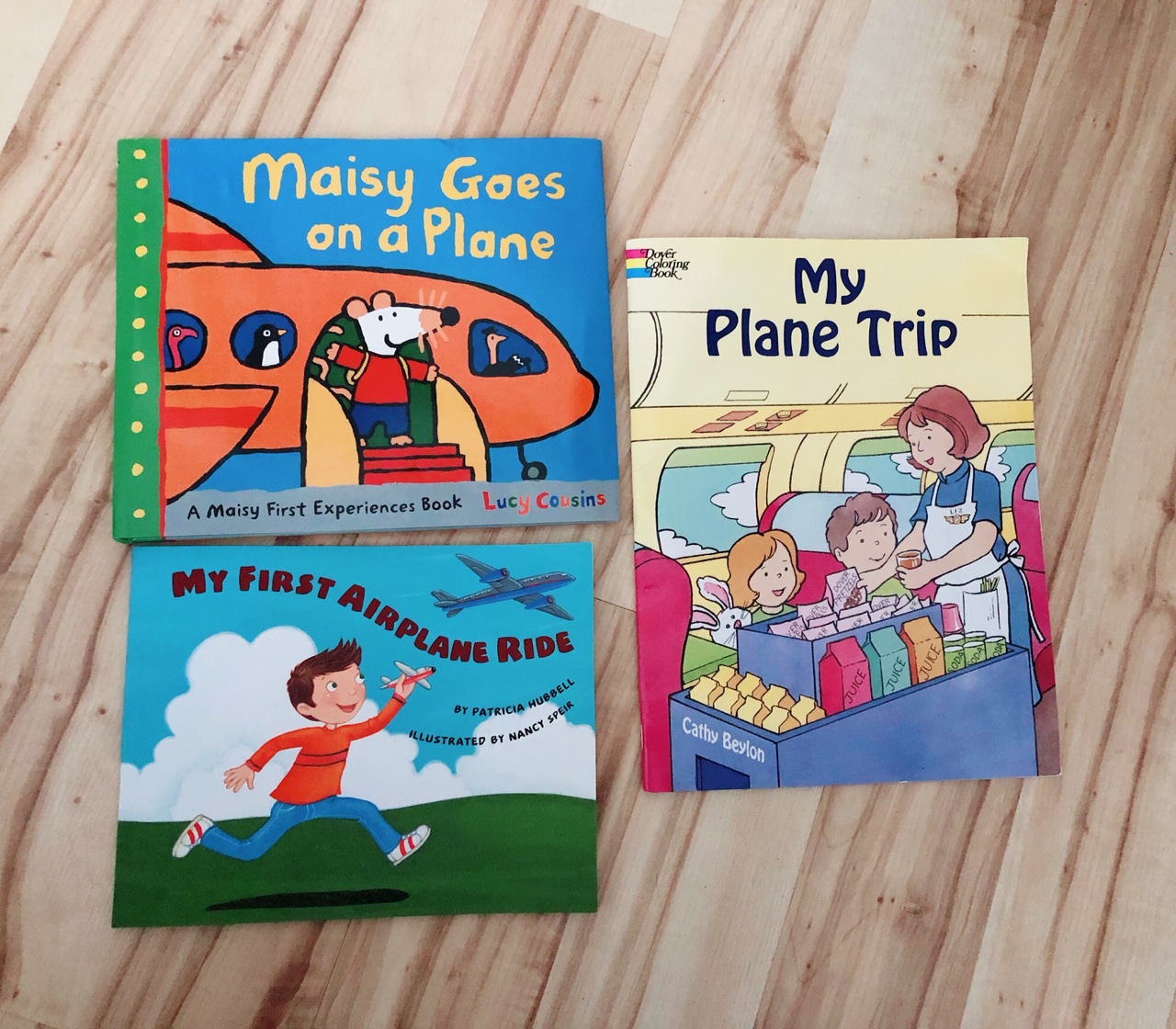 We stayed at StayPineapple at The Alise, which was SUCH a lovely hotel. It was super central, in The Loop, which is very important when you have a little one in tow. They also have an amazing restaurant and bar (The Atwood), which was great after long days where we were too tired (or the weather was too bad) to look for one to visit. I think Luna loved the hotel more than the city, and would ask to go back to it all the time! She especially loved opening the huge windows and watching the busy city in the morning. 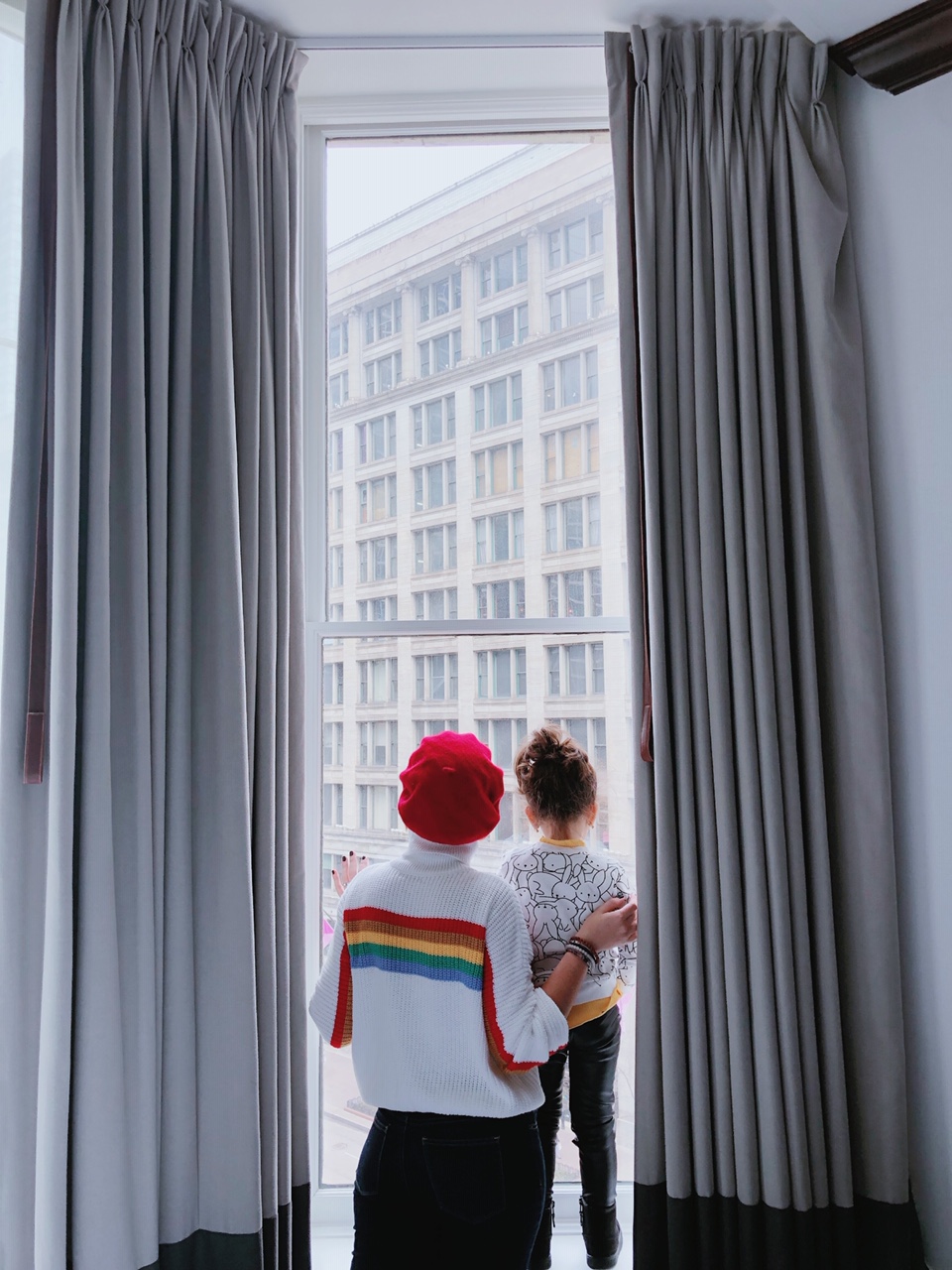 One important lesson we learned was that we cannot travel the same way we used to. It may seem obvious, but our kid is pretty good (as far as 3 year olds go anyways), and is used to our lifestyle, so we thought we could carry on in a new city. Not the case. She found some things to be the actual worst (like Navy Pier, especially when she saw all the fun amusement park rides were shut down or shopping down the Magnificent Mile), would get overtired or overstimulated, and it would result in the most psychotic of tantrums. She doesn’t tend to make these scenes in public so it led to some frustrating and embarrassing moments. Sometimes we had to walk a very long way, only to walk a very long way right back because she was not having it. We had a very loose daily itinerary and didn’t stress when we couldn’t do something or had to leave early. This is so important.

END_OF_DOCUMENT_TOKEN_TO_BE_REPLACED 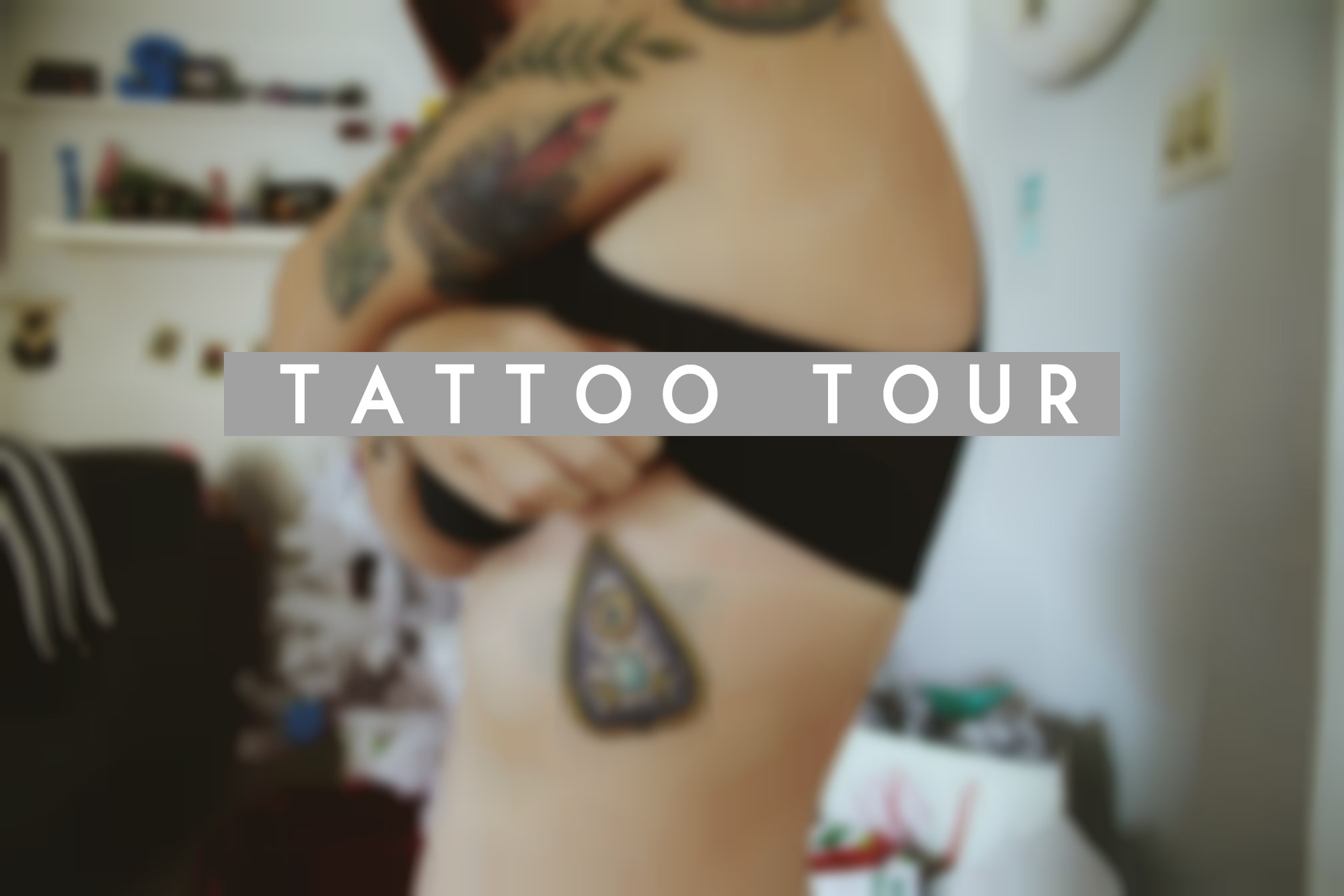 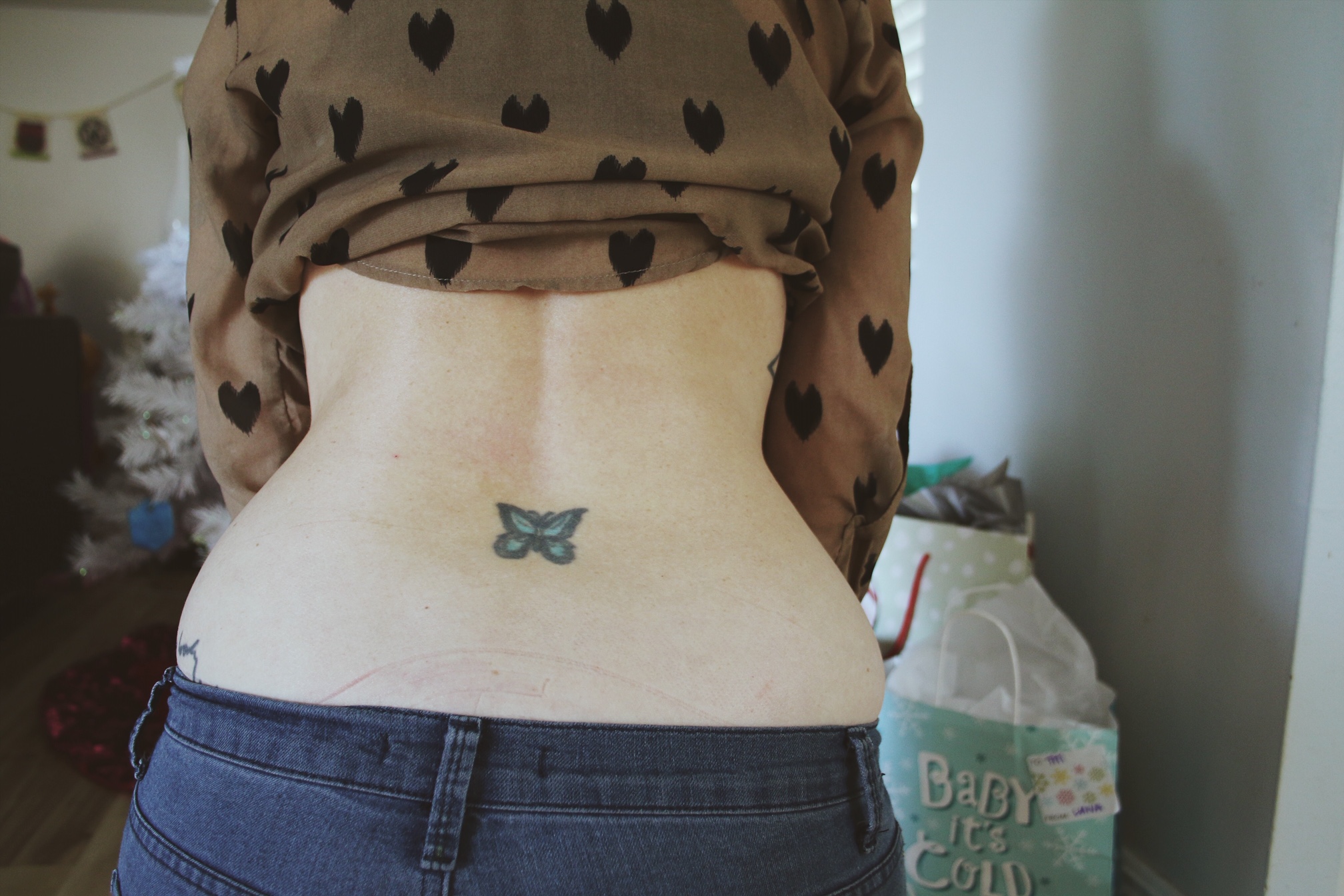 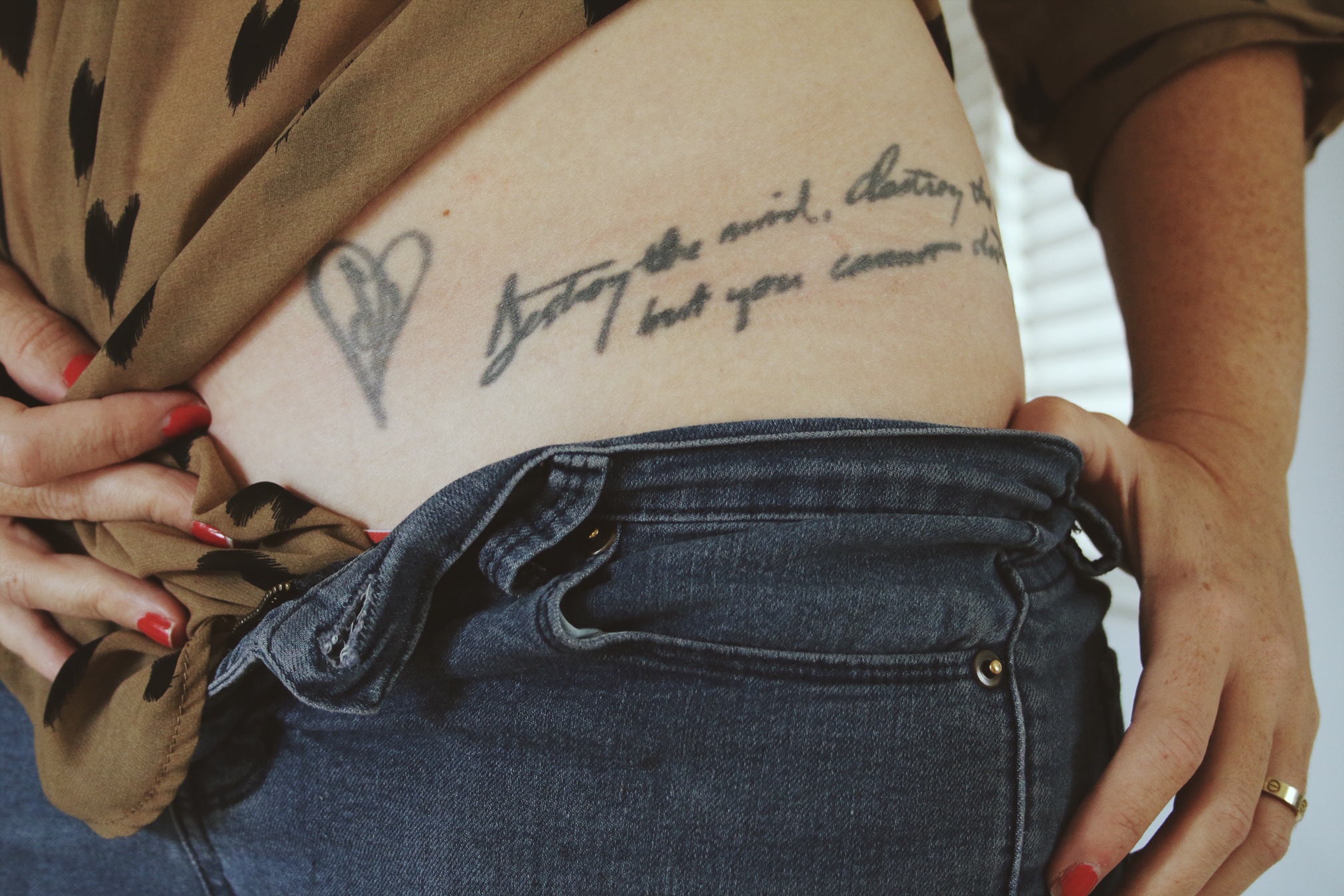