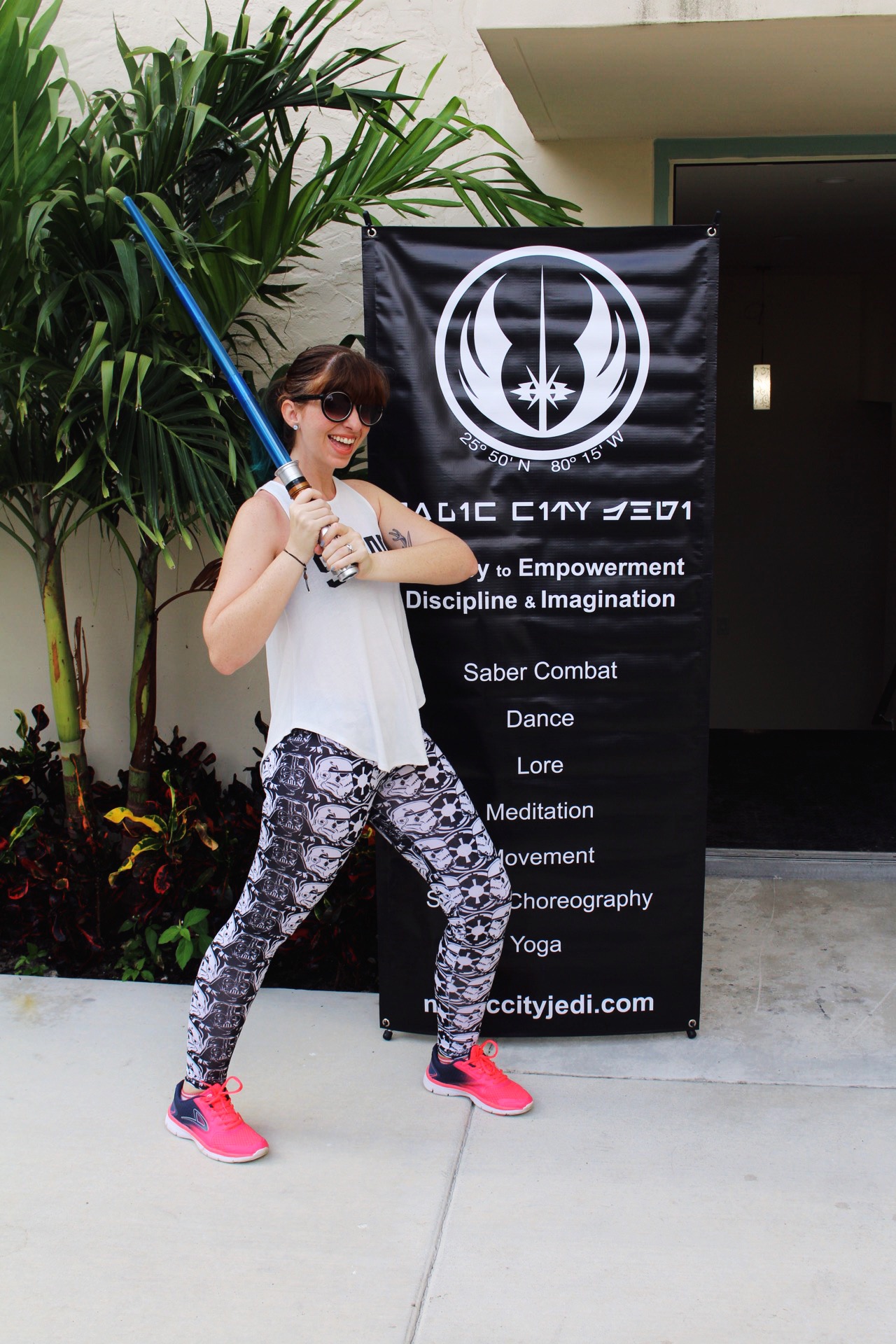 As a new mom, I’m always looking for new ways to exercise and work on my fitness. Right now, I’m attending a spinning class every weekend but it’s really far (but so affordable!). That’s why I was so happy when I found out that Miami had its own Jedi Academy (amongst other reasons, of course). South Florida doesn’t tend to be very fandom-friendly, so I was floored. The owners of SaberCraft, Alfred and Santiago, are a total joy and wanted to make sure that they brought quality combat techniques to Miami’s chapter after training with San Francisco’s Golden Gate Knights. The classes are more choreography-based, so they teach you the moves you loved to watch on screen. There is also a little Hatha Yoga incorporated since there is a definite overlap with those teachings of The Force. 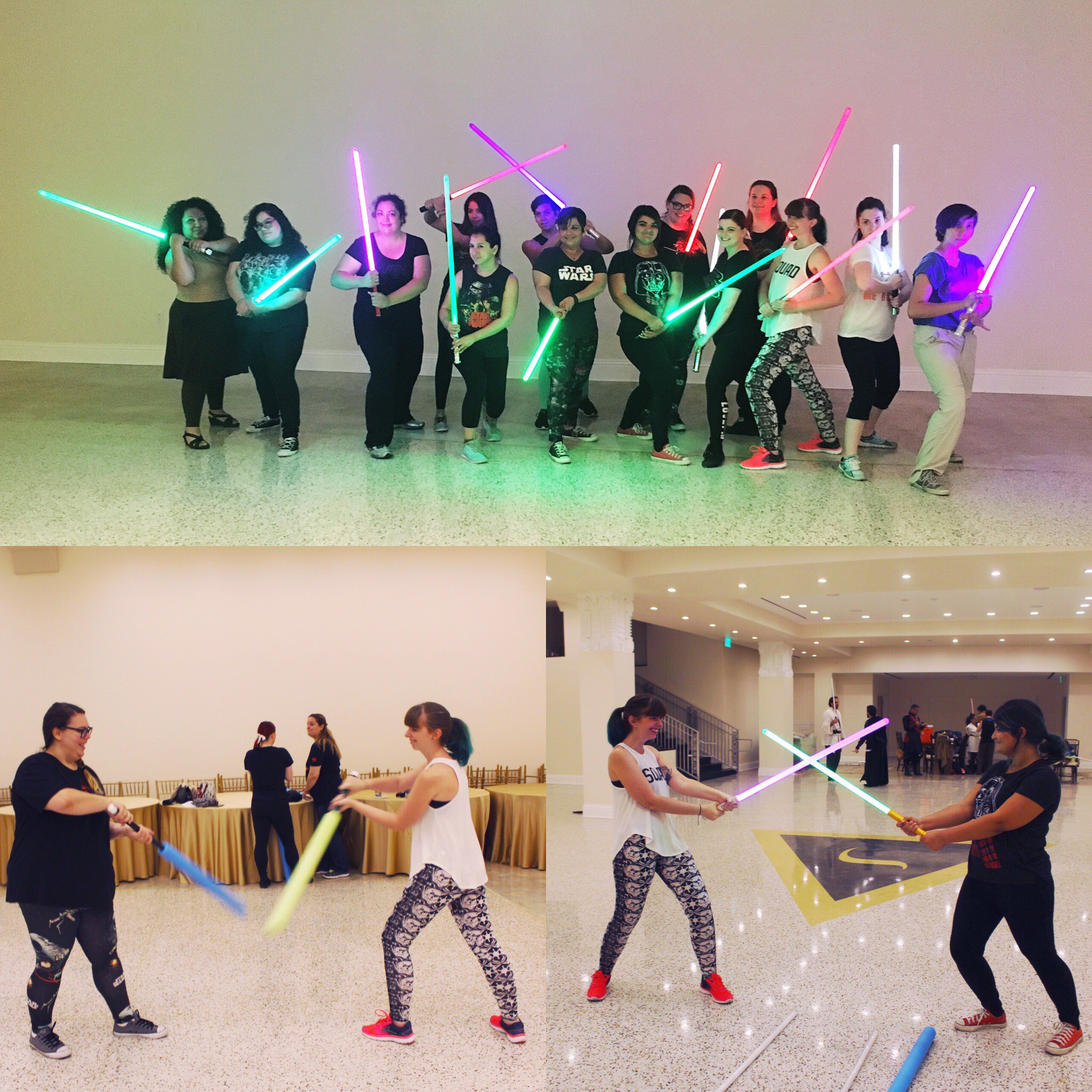 I had the opportunity to take a class along with my chapter of Geek Girl Brunch last month and I can say that it was the most fun I’ve had in a long time. We initially started the class with a quick (but peaceful) meditation and then got to start learning moves with a foam saber. This way, everything was as safe as possible while we got used to maneuvering with our peers. The masters level students were also in attendance to help us, and we would often split into partners where they would instruct us 1:1. It was beyond amazing, and surprisingly empowering. When I would flow through the 6 moves in succession successfully, it was such a rush! 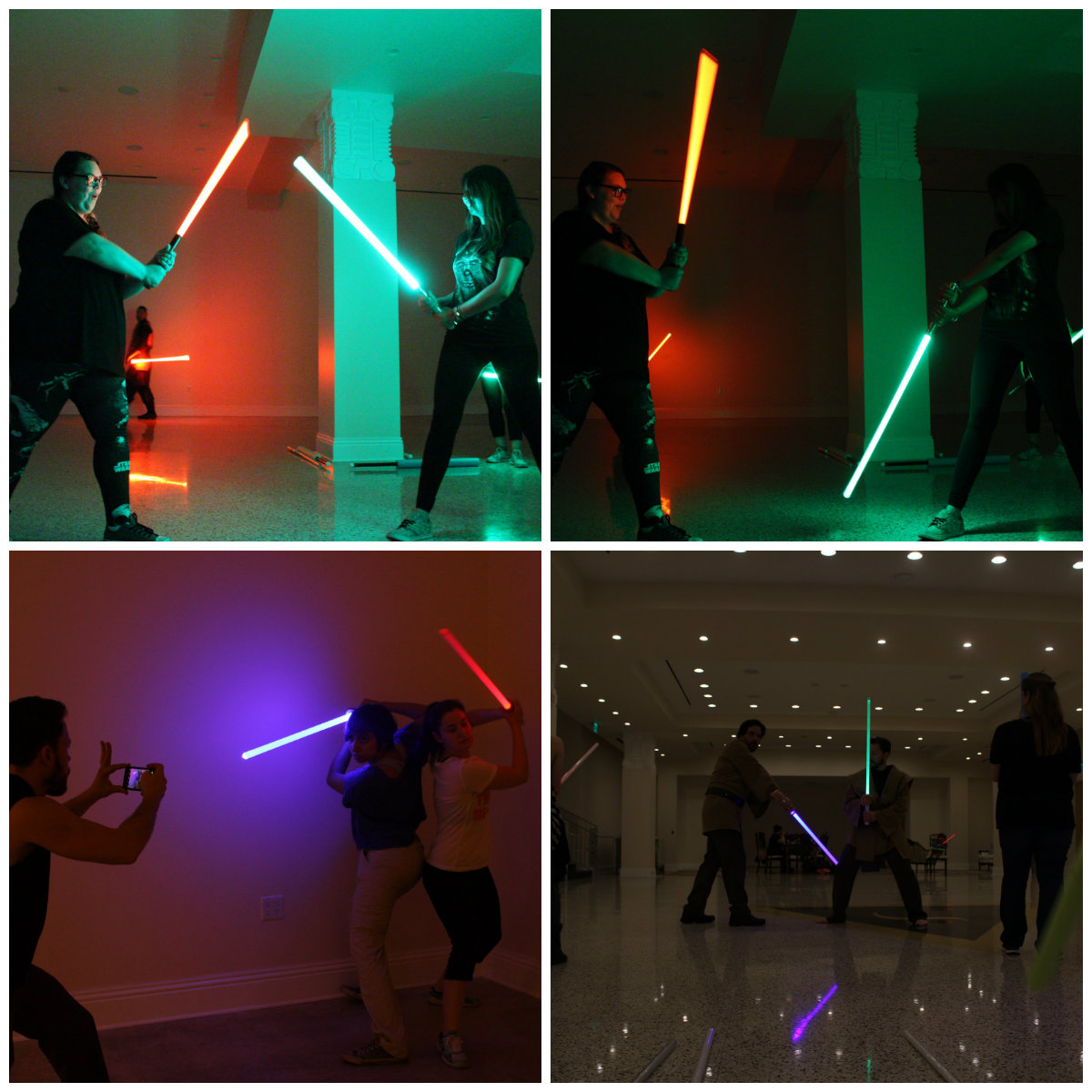 Towards the end of class, we got to practice all the moves we learned with as close to the real deal as possible: sabers from UltraSabers! The lights were switched off and we got to have our own little out of this world nerdy rave. We also finished by learning some flourishes, which was a nice touch (although difficult at times) and made us look like extra bad asses.

I was also able to chat for a bit with Alfred and ask him a few questions about the organization.

For those of you that are local to the South Florida area, check out SaberCraft. Their affordable classes are so totally worth it – we’ve already had several girls from our GGB chapter join since our event! And if you want to see them in action, check them out at Florida Supercon, where they will be holding a demonstration.